How Drones Have Changed the Photography Field

Using drones to photograph from the sky is cheaper and more accessible than traditional methods such as taking pictures from planes, helicopters and balloons, so the overhead required for getting into aerial photography has been greatly reduced.

Consequently, more people are now involved, and the market for aerial images has dramatically expanded. Drones are now an important part of a professional photographer’s and a professional videographer’s kit.

A drone can now be purchased for less than $500, and they are simple to operate. The arrival of digital photography means that images taken from drones, even using relatively cheap cameras, are producing beautiful, high-resolution still images and videos.

Another advantage of drones in aerial photography is that they can be used in situations where extreme weather prevents flying by plane or helicopter. Drones can take pictures from cloudy arctic skies, above wildfires and even in storms themselves.

A drone’s ability to take images depends on its transmitter range, the power of its battery and many other factors. Furthermore, local regulations regarding drone use create additional restrictions.

Despite these limitations, amateur photographers are taking more and more images of their immediate surroundings and posting them on social media, which is creating a surge of popular interest in aerial photography. In the early 2000’s, drones were still largely in the hands of people involved in the military or aeronautical industry in one way or another, but this is changing rapidly.

Online sites make it easy for hobbyists to exchange information, and advances in both hardware and software features including stabilizers, collision detection systems and autopilot are making over-the-counter drones more sophisticated. Companies that sell drones to amateurs like DJI and Parrot are rising to the challenge of the increased demand.

Around the world, several areas are emerging as popular subjects for drone photography. Cameras on drones capture images of vast rice fields in China, spectacular waterfalls in China, lush rain forests in Borneo and tall buildings in Dubai.

While more people than ever are taking aerial photographs today than in past decades, the principles of landscape photography have stayed the same.

Drone photographers are advised to keep their images simple and free of clutter, make good use of natural light, search for symmetry in the landscape features below and digitally post-process their images for artistic and practical effects.

Despite the many advantages of using drones for aerial photography, there are drawbacks as well. For starters, fewer lens options are generally available remotely on a drone from the ground than if a photographer was in a plane or helicopter using a manual camera.

Perhaps the biggest limitation, however, is that the landscape is not being scanned by human eyes, and there is less situational awareness on the part of the photographer.

Aerial photography using drones has had multiple effects on the business world. In particular, drones have changed the way that real estate is marketed. Drones provide new perspectives for potential buyers.

While planes are usually restricted from flying below 500 feet, drones can operate at extremely low altitudes. Therefore, by taking low-level images and also by taking images from around 400 feet to show the neighboring areas, they do what planes can’t.

Additionally, while clear skies are preferable, drones can operate in adverse weather conditions, which makes a real estate agent more likely to put up their money for aerial photography.

The same set of factors make drones an attractive option for farmers and others involved in agriculture. Drones can be used to get perspectives on crop and land conditions that are impossible to get by other means.

Furthermore, surveyors are using drones more and more in their work, and filmmakers – especially those doing nature documentaries – are finding multiple uses for them as well.

All of this means that running a commercial drone business is becoming an increasingly attractive idea.

First of all, the market is rapidly expanding and more uses for commercial drones will likely be discovered in time. Secondly, the startup costs are low. Business owners must, of course, be aware of regulations, but it’s a relatively easy type of business to get off the ground.

While the impulse to photograph the landscape from above dates back to the 1800’s when cameras were tied to kites, drones are now in the hands of amateurs and professionals alike.

The result is a sea change in aerial photography and its commercial applications.

Abby Drexler is a contributing writer and media specialist for BWI Aviation Insurance. 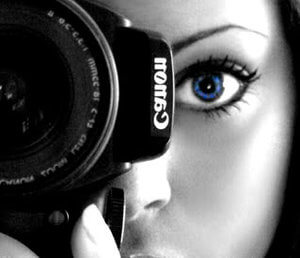