4 Tips To Help You Begin a Documentary Film

In the documentary world, it’s fairly common to fall into the journalistic route and shoot a “news” piece rather than a film.

Often times, filmmakers find these incredible stories but the subjects are not willing to let access into their lives in a meaningful way over a long period of time.

Or sometimes you really want to make a film but you don’t have any stories in mind and you don’t quite know where to put your focus on.

The good news is, documentary filmmaking is messy. The stories will often change, subjects will bail, and you’ll encounter thousands of problems on the way. But that’s purely what makes this world fascinating and fills filmmaker’s hearts with eager to pursue more.

When beginning pre-production on a film, there are multiple things to think about. I’m personally guilty of trying to juggle everything so we can move fast towards production, but really the beginning of the fairytale is vital to make your movie a good one.

This has helped me produce and be part of amazing projects, like this one:

With that, here are four lessons I learned the hard way to help you begin your Documentary in a clean and effective way:

Here’s to state the obvious: without a story to tell, you don’t have a film. But that’s to be hypocritical because I know often times, stories aren’t that easy to find. That’s why my number one tip is to find an idea rather than a story.

Life is full of interesting people and topics, so there isn’t a limitation to where you can find something.

Some of the best Docs out there normally resonate with larger social and cultural issues.

So ask yourself: what are you passionate about? Is there a topic you really want to know more about?

Do you have a passion for helping a certain community or organization?

Once you have an overall idea, it becomes much easier to narrow down a story. You begin finding subjects working within the topic, situations and problems arising, and simple communities and pure lifestyles.

Another place to find incredible stories is by looking in the media on a daily basis.

A lot of publications have these incredible stories that could be turned into much larger ones.

This is probably the trickiest part of a film, especially if you have no prior relationship to a community or person.

But nonetheless, wouldn’t it be super cool to have someone random call you out of nowhere and say they wanted to make a film about you?

Well, that’s pretty much your job! Once you know who you want the subjects of your film to be, you research how to get in contact with them and you reach out.

It’s important to be transparent and honest from the very beginning, but also to not rush things out. State your goals, allow them to get to know you, ease into building a relationship with your subjects, and never film on the first meeting.

Instead, have a conversation like two humans before moving forward with anything.

I remember once working on a short documentary that happened overnight, and we didn’t have enough time to get to know our subjects.

We met them 5 minutes before beginning to shoot, and throughout the whole piece you could tell they were hesitant to share much with us.

They were shy on camera and acted far from normal. After we had finished filming and we grabbed dinner with them, they opened up in such a way that I literally had to pull out my phone and record what they were saying for extra sound-bytes.

Once the subject has given you permission to begin a film with them, it is vital to build a trust relationship. At the end of the day, they are the ones who are going to be moving your story forward and they can vouch for you.

Be available and stay in touch. This one takes time, because as a filmmaker you want to develop a trust but also a professional relationship. But often times, subjects will want to truly treat you like a friend.

So being in touch before and after shooting via social media or just simply asking them how they are doing builds a strong compassion between you both.

Take time to hang out with them. Often times journalists and filmmakers will shoot and scoot. When you do the opposite, it shows your subjects that you are genuinely interested in getting to know them.

Finally, show your work to them for credibility. Sometimes, in the indie world, it’s even ok to show your film before you show it to the public (obviously dependent on contract).

As long as you have some consent in that the subject does not have any powers to change the story, it shows you care about their reaction before the public’s.

Finally, be true to yourself and your story. At the end of the day, us filmmakers are doing a subject or a topic justice by telling their story in the most honest way possible. A good way to think about it is that you are representing their story to the outside world, without a preconceived notion.

At the end of the day, its your subject’s job to educate an audience about a topic they know nothing about.

That being said, I stick to my original statement that documentary filmmaking is messy and can get messy.

While we try and remain ethical and true to our work, things change and people change, so without further ado, my last tip to prepare you for your film is:

Be prepared to abandon all of the above!

Beatriz Browne is a NYC based Producer and Documentary filmmaker specializing in multimedia digital storytelling. Some of her work includes Documentary series for Fatherly, “My Kid The”, and “Passing the Torch” in a collaboration with Hearst Media. She is also currently producing her new documentary film “The Monster of Carmine Street”, which is set to circulate festivals in early 2019. Her work has been recognized by major publications such as Upworthy, Babble and PopSugar. 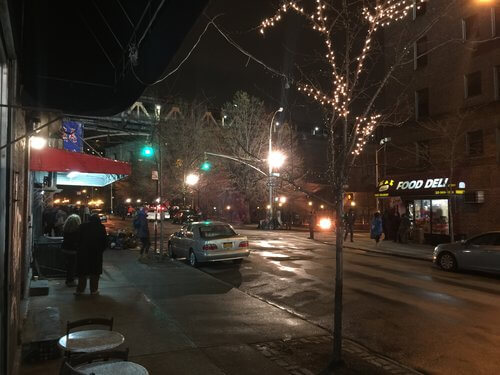