What is the Role of a Best Boy?

No, the best boy is not the most trusted alley in a preteen weeding entourage. In fact, nothing could be further from the truth. In filming, the crew is divided into a number of departments with each department overlooked by a manager of some sort.

The gaffer, for example, is tasked with spearheading lighting and electricity while the key grip has the last say when it comes to rigging. The second-in-command in either case who works as the head’s assistant is the person who earns the title of ‘Best Boy’.

In some cases, if it’s a girl, the best boy can also be called the best girl or best woman. That said, so why are best boys important in a film set?

What exactly do they do?

Read on to find out more.

First things first: Why they are called ‘best boys’

Now that we’ve established that the best boy is not a little kid running around onset, how actually did the phrase come about?

Well, according to filming folklore, the term originates from the early days of filmmaking when those rigging up cameras, electricity, and lighting would scream for assistance yelling for others to send in heir best boy’.

In other words, the most qualified and proven hands in the crew for the specific task at hand. And so the term stuck persisting over the years on through to the present digital age.

They are usually two best boys on set with one working under the tutelage of the gaffer and another playing second fiddle to the key grip.

What best boys do:

1) Help with the paperwork

The paperwork on set comes in thick and fast piling into heaps of information that needs sorting. This could be anything from deal memos and timesheets to equipment orders. The best boy doubles up as the crew’s secretary handling such matters and anything else that needs work paper wise.

Sometimes the best boy is also requested to help out with the management, scheduling, and hiring of crews. If you’ve ever wondered who brings in the extras in movies, then your answer is probably the best boy. Aside from hiring subordinate staff, he/she can also assist in the creation or implementation of a coordinated schedule. Basically, the best boy is needed when it comes to matters around logistics.

Gear management entails the ordering of gear as and when needed on set and ensuring exchanges and returns are effected according. The best boy approves of the inventory and, like with film extras, procures any additional gear that may be required on set for a particular scene or shot. He/she also keeps track of functional and defective equipment ensuring the latter are sent back if possible.

4) Assist with pre-lighting and rigging

This is perhaps the most important part of the job, as pre-lighting is a critical part of the process that ensures the utmost efficiency. On smaller sets, the best boy will do the pre-lights him or her self but on more technical layouts, he/she will schedule professionals to carry out the pre-lighting under his/her watch making sure the boss’ wishes are fulfilled down to a tee.

5) Represent the boss in department meetings

The representative of the department is also another of the many roles under the jurisdiction of the best boy, who represents the head when it comes to sit-downs with the Production Manager and/or the Assistant Directors. The manager will have a lot on his plate during filming and his second-in-command can get standard meetings out of the way communicating to the senior matters of most importance while taking care of what he/she can that doesn’t need the intervention of the superior.

6) Maintenance and repair of equipment.

Though rarely the case, there are some instances when the best boy also works as a makeshift handyman when it comes to determining cable runs, troubleshooting lamps and fixing broken gear. For complex equipment though, the best boy takes on the mantle of finding topnotch expertise.

A best boy’s greatest tool on set is not a pair of gloves rather a phone as he/she will basically be playing the role of personal assistant to the key grip or gaffer. They’ll generally help with the running of the team in either department and ensuring all related filmmaking activities of either side run smoothly while the head tends to other things.

If you’d like to work as a ‘best boy’, prerequisites for the job include adept attention to detail, strong communication skills, immense technical knowledge, and strong problem-solving skills.

Learn more about different roles in filmmaking in our full guide.

Review of the Magic Behind the Blackmagic Cinema Camera

In Depth Review of the Canon 80D DSLR Camera 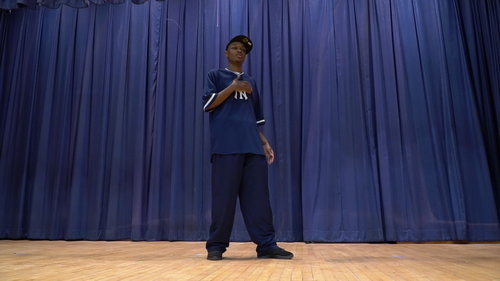 How to Make Your Videos Look and Sound More Professional